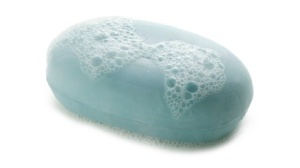 Observation: This small narrative in the larger story of the Resurrection is unique and points to the lengths that the Jewish authorities would go to discredit Jesus and make him to be seen as not divine and the Son of God. These men were so bold as to bribe Pilate if and when he discovers that the body was gone. The soldiers are another interesting character in this story as they willing to say that they ‘fell asleep’ which was punishable by deaths that they could perpetuate the story of the Jewish leaders that the disciples had broken in during the middle of the night and stolen the body.

Application: This to me just illustrates the lengths that people who will ‘deny the truth’ will go to run from and deny the Jesus is real. Trying to discredit or bribe God is a fruitless endeavor and will only in the end discredit yourself. James 4:7-10 says, “Submit yourselves therefore to God. Resist the devil, and he will flee from you. 8 Draw near to God, and he will draw near to you. Cleanse your hands, you sinners, and purify your hearts, you double- minded. 9 Be wretched and mourn and weep. Let your laughter be turned to mourning and your joy to gloom. 10 Humble yourselves before the Lord, and he will exalt you.”

Prayer: Heavenly Father I pray for those who are running from you and have made either a public or private stance against declaring that you are the Resurrected Lord and Son of God. I pray that they might seek you and that you would turn your ear & heart to them. Father I know that you have said in your Word that you desire none to perish but that all might be saved and I would ask that those who are purposely seeking to discredit you and your kingdom would be humbled to the point of surrendering their lives to you. Amen

Observation: Was there ever a more of a coward in scripture then the person of Pilate. When presented with the evidence of Jesus’ quilt or innocence and knowing that he had nothing to charge him with and seeing through the false testimony of the Jewish leaders, he caves into their demands and agrees to have Jewish put to death. But before he agrees to have Jesus crucified, in an act of complete cowardness, ‘washes his hands’ before the crowd to demonstrate that this punishment was to be upon the crowd and not from him. If Pilate had truly believed him to be innocent and did not care one bit what the crowd thought he would have ordered him release but instead he gave into the ‘mob mentality’ and ordered Jesus to be killed.

Application: So much of life is standing up for what we believe in and what we feel is right. In this case the one person who had the power and ability to do something and make an impact caved under pressure from the crowd. I pray that when I am in the moment of being presented with the opportunity to stand up for what is right and I choose wisely and correctly and that my decision are my own and not influenced or swayed by the crowd.

Prayer: Father, I pray for boldness and for the wisdom and discernment necessary to take a stand for the things that might seem unpopular or may go against the grain of what is popular today. Taking a stand for what is right is never easy and my pray is that you would empower us all to be bold today.