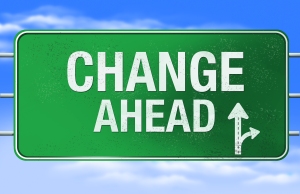 In the early days of small groups ministry, much of its structure and organization was borrowed from the ‘Sunday-school’ model.’ The Sunday-school teacher became the small group leader and the Sunday-school Superintendent became the de-facto small group pastor. If the church was fortunate to have a Minister or Pastor of Education on their staff then they may step into this new role of the Small Group Pastor, otherwise the Sunday-School Superintendent, who was usually a volunteer, would left to assume the leadership of this new system. This approach was functional for a small group system of 1 – 125 people, as it does not fall outside of the person at the top’s ‘span of care’ which, at it’s limit, would be 10 leaders with 12 people in them. Using these parameters still factors in a highly organized person who can ‘coach’ ten leaders at one time but the more realistic number is one pastor coaching 3 -5 leaders.

Under this system, small group ministry largely flourished, as the organizational ability of the Small Group Pastor was never pushed to a point where they were forced to address the problem of ‘span of care’ on a large-scale. This all changed in 1991 when Carl George published his first book ‘Prepare Your Church for the Future’ which introduced the concept of the ‘Meta-Model’. Using this model, churches like Willow Creek, Saddleback, and The Cincinnati Vineyard have been able to establish an effective group’s system that can accommodate more than 16,000 in weekly attendance[1]. This was a game changer for the small group ministry system because for the first time, the Small Group Pastor had to grapple with ‘span of care’ challenges that where beyond his individual ability to handle. For the relational gifted Small Group Pastor, this would provide a major challenge and would cause most of them to shrink away from wanting to grow beyond their ability to provide coaching to the leaders under their care. But for the systems thinking Small Groups Pastor, the prospect of a large ministry that exceeded their own abilities was obviously viewed as a challenge but was not a prospect that they would not throw themselves into taming. This was due to the fact that they would approach this challenge by relying on their ability to think and organize in systems whereas the relational small group pastor would feel utterly lost and unable to design such a system. Thus we see the shift in role of the Small Group Pastor as more churches are eclipsing the 1,000-member mark and becoming classified as a ‘mega-church.’

At what point do you think a Small Group system requires someone with an organizational and systems mindset needs to be hired to be a part of the leadership?